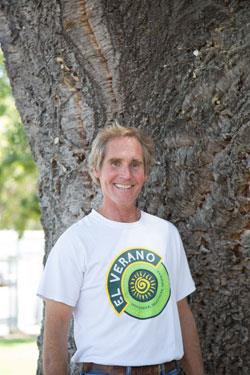 Craig Madison was an architect and builder before the birth of his daughter inspired him to become a public school teacher. He has taught 2nd and 3rd grades at El Verano School for 16 years. He and his students enjoy doing hands-on, inquiry based science where kids work in partnership with their teacher designing investigations and sharing what they have learned. Craig has won the 2011 Amgen Award for Science Teaching Excellence. He received his school district’s 2012 Outstanding Educator Award with his 3rd grade team, Gennifer Caven and Tim Curley, for furthering the development of El Verano’s Science/ELD methodologies. He also won a 2013 Sonoma State University Circle of Excellence Award for his student-teacher mentorship and his collaborative science work.

Craig has been a pilot/lead teacher for Visual Thinking Strategies (VTS), which facilitates student conversations about shared experiences, a pilot/lead teacher for the El Verano/Exploratorium Science/ELD project, and a pilot/lead teacher for inquiry-based mathematics, an overarching principle of the Common Core State Standards in math. He and Gennifer Caven were invited to present their Science/ELD work during the BaySci Summer Workshops at the Exploratorium. Craig participated as one of four pilot teachers in Diane Dalenberg’s and Maite Iturri’s El Verano Summer Reading Academy, a reading experiment which dared to set aside test scores so children could rediscover reading by choice and for pleasure. Craig loves to learn, sing songs, and do plays with his students. He greatly appreciates the exuberance and wisdom they all bring to light every year. He plans to begin a MA in Education program in the Fall.